🚚Free shipping on all orders! 🚚 Free Shipping!
Take 3 tablets with water to stay optimally hydrated before, during, and after exercising.

Well not literally, but a long time! With water, one serving will help keep you hydrated for 4-6 hours.*†

No waiting for powders or tablets to dissolve and fizz. Just take with water and get moving!

Don't just listen to us, see why our customers use Replace Electrolyte to perform at their best.

Replenishing electrolyte loss during rehydration is a big deal, especially if your goal is to maintain peak performance during activity, stay mentally focused and recover fast. For that reason Replace contains the following key electrolytes. Read more about The Science.

Designed To Go The Distance

Our vegetable wax-matrix tablet design ensures a slow, controlled release over 4-6 hours to help keep you hydrated and full of electrolytes with none of the fuss.*†

When To Use Replace Electrolyte

Take 30 minutes before exercise with water.

Take again after your workout to help prevent cramping and aid recovery.†

Not Just For Exercise...

Take Replace Electrolyte whenever your are drinking and again the next morning to help replenish electrolytes you may lose when drinking alcohol.* Remember, always drink responsibly!

We wanted to make an electrolyte supplement that anyone could use from the most extreme athletes to the casual weekend paddleboarders. Made to fit any lifestyle and works with most dietary restrictions.

We don't like putting unnecessary ingredients in our bodies and we know you don't either! That's why you'll find the essential ingredients only. No unnecessary fizzies, sweeteners, or pretty colors. Ever.

I'm the North American Regional Champion for the 2nd year in a row now. Replace was a part of my supplemental regimen to achieve 2 Golds and a Silver at this Trifecta weekend (North American Regional), which made it a really good trial run for the 3 race Trifecta World Championship in Sparta. I got asked a lot about training and nutrition at these events and was happy to talk about Replace with other racers. It was great going into these events with the confidence that I had a sustained release supply of electrolytes in me and only used water stations along the course. Thanks! 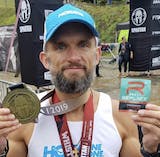 Replace has helped me feel energized and more hydrated during my workouts. I never worry about cramping mid or post workout thanks to replace. Highly recommend.

All of this year up through August I was a NUUN electrolyte supplement user. It’s just what I knew and thought was somewhat effective sometimes.

I could tell even with taking them, that on long training days or long training runs, I was still tired and exhausted and my systems internally were off but I didn’t know why or what to do. Then came the Spartan North American Championship Race Weekend.

My training leading up to race was good but my body was just tired the week leading up and exhausted and muscles were stiff and slight cramps that week. The Championship race, my body did not respond well during the race and I was fighting dead legs from the start of the race. As I got further into the 13 mile race, my legs start to cramp more and more therefore resulting in a slower pace and positions being lost. I finished 29th In my age group in the Championships.

A very disappointing finish for me instead of competing for the podium spots! After that weekend, I talked to a few of my OCR buds who had taken Replace and said they liked it. I researched the supplement and analyzed my biometrics knowing I’m a bigger person in the sport of OCR than most and decided to go for it and try Replace knowing I had 5 weeks of solid training until my next Spartan Race which was the Atlanta Weekend OG October 5th & 6th.

I ordered 5 bottles of Replace and within a couple days of taking it, I could tell a significant difference in how I felt and how my body was responding! The real test was on my long run days on Saturdays. I would take a serving before the run and then later after I had finished and I felt amazing. My body wasn’t tired nor any stiffness in my legs. Then came the Spartan races which Saturday was the Super (8+mile distance) and Sunday was the Sprint (3+ mile distance) to see how I would respond from using Replace.

I’ve never felt better in a race weekend and my performance showed I finished 3rd in the Super in my Age Group and finished 2nd in the... 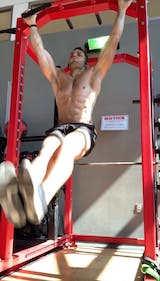 A
Andrea Fausett
I LOVE the product.

I LOVE the product. I’ve used it on my last two 20+ mile runs and am hooked. Thank you. 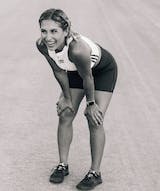 M
Morgan Wright
Replace Electrolytes made a noticeable difference on my serious rise and grind days!

Replace Electrolytes made a noticeable difference on my serious rise and grind days! When it's "make everything hurt" time, these tabs are a definite must-have in my gym bag.

We think Replace Electrolyte is the best electrolyte replacement around.

Dive into our Frequently asked questions.